The UCP took over Alberta government in a stunning defeat of the ruling New Democratic Party.

From Wikipedia, the free encyclopedia

So what caused this?

The economy of Alberta has been devastated by the policies of the New Democratic Party since they got control. A major reason was their anti-energy jobs positions which abated by the rest of Canada has bottled up Alberta’s oil and natural gas wealth by endless delays and stoppage of work on pipelines to get that oil and gas out to the USA and the world.  It got so bad in 2018 that oil was going for $11 a barrel and natural gas was almost free (about $.10 with $2-3 being normal ) causing oil and gas drillers to stop drilling to a large extent and fire many employees. Many billions of dollars was lost by Alberta annually because of the anti energy jobs political policies in Canada. 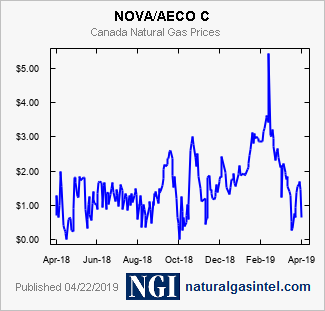 So that caused the landslide win for the pro energy jobs UCP but could it cause even bigger things?  Could Alberta leave Canada and become the 51st State of the United States?  It is being talked about. It would make sense for both Alberta and and the USA. In a poll 25% of Albertans want to leave Canada and it would be legal.

When most Americans mention a possible 51st state, they are often thinking of Puerto Rico or Washington, D.C., both of which have expressed desire for statehood. But serious disagreements north of the border might suggest a more unusual candidate: the Canadian province of Alberta.

Alberta, part of Western Canada, is home to an array of flora and fauna across four distinct climatic zones. But the province’s wildlife is not the fulcrum for the conflict between Alberta and Canada’s national government. Ottawa is more concerned with a different sort of natural resource: oil. Alberta’s oil sands represent the third-largest oil reserves on the planet, trailing only Venezuela and Saudi Arabia. In addition, 68 percent of the natural gas produced in Canada comes from Alberta.

Yet despite Alberta’s position as an energy powerhouse, and despite booming production, the price of oil in Alberta is far below world averages. As of fall 2018, Canadian crude sold for about $50 less per barrel than West Texas Intermediate oil, the American benchmark; it recently sold for $10 per barrel, 80 percent below the worldwide average at the time. This problem has been a major contributor to ongoing economic struggles in the province.

Albertans have their fellow Canadians to blame, at least in part. Neighboring provinces have repeatedly opposed pipeline construction, a major problem for landlocked Alberta. British Columbia, Alberta’s western neighbor, recently elected a premier who explicitly ran on a platform of opposing pipeline expansion. In December Quebec’s premier, Francois Legault, said there was no “social acceptability” for a pipeline that would carry “dirty energy” through his province.

In an attempt to bolster oil prices, Alberta Premier Rachel Notley imposed production cuts in December. At the same time, Notley announced plans to buy 7,000 rail cars to get Alberta’s oil to the market in the absence of pipelines. Shipping oil by rail is more dangerous and more expensive than using a pipeline, but it is generally safer than transport via truck, Alberta’s only other option in the absence of sufficient pipeline construction and expansion.

This brings us back to the idea of Alberta breaking away from Canada altogether. Unlike in the U.S., secession is not always illegal in Canada. A 2000 law, the Clarity Act, set out the steps necessary for a province to legally declare its independence; it was drafted largely in response to the 1995 referendum on independence in Quebec.

Despite this legal exit mechanism and rising social media chatter on the subject, the majority of Albertans are not clamoring to break away from the rest of Canada. A recent survey conducted by Research Co. found that 25 percent of Albertans favor independence, while 58 percent are strongly opposed. In addition, 31 percent consider themselves “Albertans first and Canadians second.”   Read More: https://www.palisadeshudson.com/2019/02/alberta-would-make-a-good-51st-state-eh/

Newer PostBest Ever Video By A Climate Expert On Global Warming?
Older PostCrime Statistics Show Democrat Voters Much More Criminal Than Republicans, But What About Democrat Politicians?