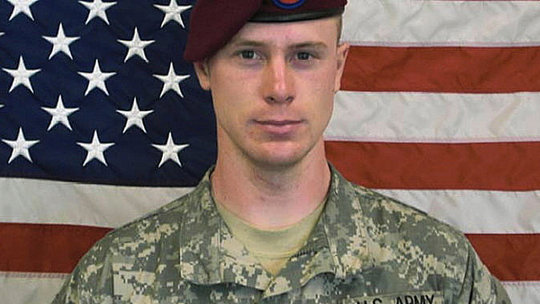 Top Obama administration officials pushed back on Sunday against Republican criticism that a deal freeing the last American held prisoner in Afghanistan could allow dangerous Taliban leaders to return to the fight, might encourage terrorist groups to seize American hostages and possibly violated a law requiring notification of Congress.

The Sunday shows were packed with Republicans launching into political attacks against President Obama and the administration for transferring five Taliban members from Guantanamo Bay to Qatar in exchange for the release of Bergdahl, the 28-year-old whom the Taliban released on Saturday, and administration officials defending the decision.

Administration officials hit back hard against the insinuation that Obama negotiated with terrorists and broke the law requiring him to notify Congress 30 days before the release or transfer of Guantanamo Bay prisoners.

Ten years ago, the Pentagon paid for a climate study that put forth many scary scenarios.

Consultants told the military that, by now, California would be flooded by inland seas, The Hague would be unlivable, polar ice would be mostly gone in summer, and global temperatures would rise at an accelerated rate as high as 0.5 degrees a year.

None of that has happened.

Mitch McConnell and Alison Lundergan Grimes, bitter rivals in one of the nation’s most competitive Senate races this year, will find rare accord Monday as they both denounce the Obama administration’s new approach to cutting carbon emissions.

But how the Republican senator from Kentucky and his Democratic challenger manage to agree so disagreeably will illustrate the complicated politics of an issue that now takes on new prominence in this midterm election year.

The Environmental Protection Agency announced Monday that it will seek to cut greenhouse-gas emissions from existing power plants 30% by 2030, one of the more ambitious efforts by any administration to tackle the effects of climate change.

Conservative talk-show host Rush Limbaugh is the author of two new books that have driven the political left into conniption fits.

What Mr. Limbaugh’s critics find intolerable is that these are children’s books. The first, “Rush Revere and the Brave Pilgrims,” narrates the story of the Pilgrims’ emigration to America in search of religious freedom. The second, “Rush Revere and the First Patriots,” describes the events leading up to the American Revolution, including the Boston Massacre, the Boston Tea Party and protests against the Stamp Act.

What makes these books so offensive to progressives is that Mr. Limbaugh has the audacity to challenge them on their own turf. The great irony of the 20th century is that while the United States won the Cold War abroad, we lost the battle at home for the hearts and minds of our children. While Ronald Reagan was preoccupied with defeating the Soviet Union, the left was quietly cementing its control over American education. Public schools in this nation, from kindergarten through graduate school, are quietly but effectively destroying our country by teaching our youth to hate it.