VA Whistleblowers Coming Forward Lawyers who have represented VA informers say the agency is a heinous abuser of rights.

Conscientious workers at the Veterans Health Administration aware of their employer’s reputation for punishing people who expose wrongdoing were given a new outlet last week. The Project on Government Oversight (POGO) and the Iraq and Afghanistan Veterans of America unveiled an encrypted web submission form Thursday soliciting horror stories in the wake of a nationwide furor about fudged wait time records and related veteran deaths in Phoenix.

The Obama administration received clear notice more than five years ago that VA medical facilities were reporting inaccurate waiting times and experiencing scheduling failures that threatened to deny veterans timely health care — problems that have turned into a growing scandal. Veterans Affairs officials warned the Obama-Biden transition team in the weeks after the 2008 presidential election that the department shouldn’t trust the wait times that its facilities were reporting. 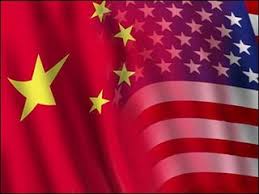 GOP Optimistic Primaries Will Deliver Victories for Senate Takeover Establishment Republicans are optimistic that the results of Tuesday’s Senate primaries in three closely-watched states will deliver the right candidates to defeat Democrats in November, bringing the party one step closer to taking control of the Senate. Hard fought primaries in Kentucky, Georgia, and Oregon have been the focus of national politics as pundits pitted races against the backdrop of the tea party vs. establishment that set the tone  during the government shutdown. “It’s a victory for the pragmatic common-sense conservatives who are the majority of the Republican Party, who are more interested in winning a majority than falling on their sword and losing,” GOP strategist Brian Walsh, a former National Republican Senatorial Committee communications director, told The Hill.