Google’s Eric Schmidt tweeted this week about a new fast-charging battery technology from John Goodenough, the inventor of the lithium-ion battery, Dr. Maria Braga and his research team in the Cockrell School of Engineering at the University of Texas in Austin.

At age 94, John Goodenough, the inventor of the lithium-ion battery more than 30 years ago and the original developer of random-access memory (RAM), still works at the University of Texas Austin, finding new breakthroughs in battery technology.

The new design uses a glass electrode instead of a liquid one, sodium instead of lithium, and may have three times as much energy density as lithium-ion batteries.

The fact that these batteries don’t get as hot, charge faster and are cheaper than lithium, are real pluses as well.

But don’t start thinking of this new battery in terms of renewable energy. The issues of electric storage between transportation or hand-held devices and utility-scale electricity storage systems are very, very different.

Utility-scale electricity storage is needed to deal with intermittency in both generation (renewables) and demand (rapid changes in use throughout the commercial day). These don’t have to be small and the most promising utility-scale batteries, including the new vanadium-flow batteries, are very large, have large capacities and are very stable and long-lasting.

But for transportation, and other small volume uses like smart phones, size really matters. These have to be small and dense and the charge has to last a long time to be most useful.

Thus, Goodenough’s new solid-state battery cells are ideal for this use. Tripling an electric vehicle’s range from what it is now would put it in the realm of gasoline-powered cars, just what is necessary for the market in these vehicles to really take off.

Additionally, these solid-glass electrolytes can operate at -20°C (-4°F), so this type of battery allows a car to work in subzero degree weather. In fact, this design is the first all-solid-state battery that can operate in cold weather at all.  Read More: https://www.forbes.com/sites/jamesconca/2017/03/17/jack-goodenoughs-battery-technologies-keep-getting-better/#173c84564e62 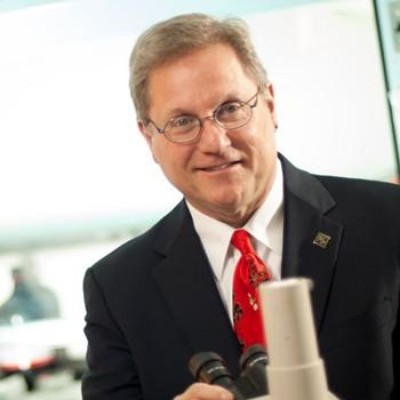 I write about nuclear, energy and the environment

Opinions expressed by Forbes Contributors are their own.

From The University of Texas at Austin

AUSTIN, Texas — A team of engineers led by 94-year-old John Goodenough, professor in the Cockrell School of Engineering at The University of Texas at Austin and co-inventor of the lithium-ion battery, has developed the first all-solid-state battery cells that could lead to safer, faster-charging, longer-lasting rechargeable batteries for handheld mobile devices, electric cars and stationary energy storage.

Goodenough’s latest breakthrough, completed with Cockrell School senior research fellow Maria Helena Braga, is a low-cost all-solid-state battery that is noncombustible and has a long cycle life (battery life) with a high volumetric energy density and fast rates of charge and discharge. The engineers describe their new technology in a recent paper published in the journal Energy & Environmental Science.

“Cost, safety, energy density, rates of charge and discharge and cycle life are critical for battery-driven cars to be more widely adopted. We believe our discovery solves many of the problems that are inherent in today’s batteries,” Goodenough said.

The researchers demonstrated that their new battery cells have at least three times as much energy density as today’s lithium-ion batteries. A battery cell’s energy density gives an electric vehicle its driving range, so a higher energy density means that a car can drive more miles between charges. The UT Austin battery formulation also allows for a greater number of charging and discharging cycles, which equates to longer-lasting batteries, as well as a faster rate of recharge (minutes rather than hours).

The use of an alkali-metal anode (lithium, sodium or potassium) — which isn’t possible with conventional batteries — increases the energy density of a cathode and delivers a long cycle life. In experiments, the researchers’ cells have demonstrated more than 1,200 cycles with low cell resistance.

Additionally, because the solid-glass electrolytes can operate, or have high conductivity, at -20 degrees Celsius, this type of battery in a car could perform well in subzero degree weather. This is the first all-solid-state battery cell that can operate under 60 degree Celsius.

Braga began developing solid-glass electrolytes with colleagues while she was at the University of Porto in Portugal. About two years ago, she began collaborating with Goodenough and researcher Andrew J. Murchison at UT Austin. Braga said that Goodenough brought an understanding of the composition and properties of the solid-glass electrolytes that resulted in a new version of the electrolytes that is now patented through the UT Austin Office of Technology Commercialization.  https://news.utexas.edu/2017/02/28/goodenough-introduces-new-battery-technology