Russia to ban US from using Space Station over Ukraine sanctions
In retaliation for imposing sanctions, Russia will also bar its rocket engines from launching US military satellites

Russia is to deny the US future use of the International Space Station beyond 2020 and will also bar its rocket engines from launching US military satellites as it hits back at American sanctions imposed over Ukraine crisis.

Russia’s deputy Prime Minister Dmitry Rogozin announced a series of punitive measures on Tuesday against the US in response to sanctions imposed after Russia annexed Crimea.

The two countries have long cooperated closely on space exploration despite their clashes in foreign policy.

In Google case, EU court says people are entitled to control their own online histories 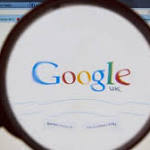 Europe’s highest court on Tuesday stunned the U.S. tech industry by recognizing an expansive right to privacy that allows citizens to demand that Google delete links to embarrassing personal information — even if it’s true.

The ruling has potentially wide-ranging consequences for an industry that reaps billions of dollars in profit by collecting, sorting and redistributing data touching on the lives of people worldwide. That includes more than 500 million people in the European Union who now could unleash a flood of deletion requests that Google would have little choice but to fulfill, no matter how cumbersome.

201 dead, many trapped in Turkish coal mine

Rescuers desperately raced against time to reach more than 200 miners trapped underground Wednesday after an explosion and fire at a coal mine in western Turkey killed at least 201 workers, authorities said, in one of the worst mining disasters in Turkish history.

Energy Minister Taner Yildiz said 787 people were inside the coal mine in Soma, some 250 kilometers (155 miles) south of Istanbul, at the time of the accident and 363 of them had been rescued so far.

The Perils of Foreign-Policy Weakness
By making the U.S. less credible, Obama has rendered the nation less safe

With each passing day, President Obama’s foreign policy looks more like a case study in the perils of weakness, naivete and indecision. From the Middle East to the Far East, from South America to the South China Sea, the current administration has alarmed our friends, emboldened our adversaries and seriously weakened U.S. credibility. Faced with the crisis in Ukraine, it is imperative that the administration not make any more unforced errors. Unfortunately, its record doesn’t inspire confidence.

Take Syria, for example. President Obama has rightfully called for regime change in that country since August 2011. His muscular rhetoric, though, has repeatedly been contradicted by his inaction.