Divided House Democrats are weighing whether to participate in a new investigation of the deadly attack in Benghazi, Libya, or boycott the election-year inquiry of a tragedy they accuse Republicans of politicizing.

Party leaders will meet with rank-and-file members Friday to decide the next step after Republicans the day before rammed through a resolution creating a special select committee to examine the Sept. 11, 2012, assault. Four Americans, including U.S. Ambassador Chris Stevens, were killed when militants stormed the diplomatic outpost.

The vote Thursday to create the special committee was 232-186. Seven Democrats, many of whom face tough re-elections in November, broke ranks and joined the GOP majority. 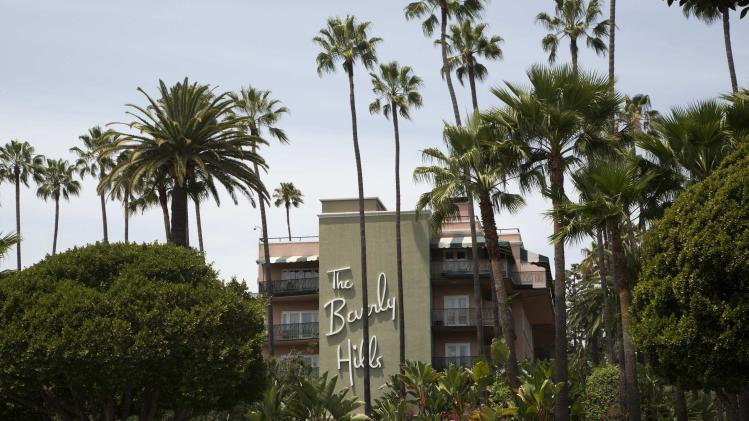 The pink stucco palace known as the Beverly Hills Hotel has long been a symbol of Hollywood glamour and affluence, the place where Elizabeth Taylor decamped for six of her eight honeymoons. Now it’s become the unlikely epicenter of protest against a new set of harsh laws enacted by the Islamic country of Brunei.

The opulent hotel is part of the Dorchester Collection, a luxury chain owned by the Sultan of Brunei. This week, the tiny, oil-rich southeast Asian country set off a storm of celebrity protests and boycotts by introducing Islamic laws that include death by stoning for homosexuals and adulterers.

US Unwilling to List Boko Haram as a Terror Group

The Obama administration was afraid to label Boko Haram a terrorist organization in 2012 because of concerns that it would result in the Islamic extremists becoming more powerful and more dangerous, U.S. officials told The Washington Times.

Sources told the newspaper that the government was reluctant to add the Nigerian-based group to its terror list over fears that it would enhance its reputation internationally, and therefore be able to recruit more members and carry out even more inhumane acts.

Now Boko Haram has exploded onto the world stage by kidnapping more than 300 Nigerian schoolgirls with plans to possibly sell them off as slaves in the name of Islam – and even al-Qaida appears to be horrified by the abductions.

Cancelled Hosts Speak Out Against ‘Agenda That Seeks to Silence Men and Women of Fair’
“We felt really bad for HGTV, they were pushed into this decision.”

Recently axed hosts Jason and David Benham appeared on CNN Thursday night to speak out against what they called a “smear campaign” against them by left-wing activists.

Brother David explained his past remarks and distinguished how his position is not critical of gay people but against what he calls a “gay agenda” in our culture:

Gen. Hayden VA Need to Get the Facts Out ‘Quickly’ The Veterans Administration needs to get the facts out quickly on what happened with the Phoenix VA hospital and claims it delayed medical care that may have led to patient deaths, said Gen. Michael Hayden, former director of the Central Intelligence Agency and National Security Agency. The VA is under fire after whistle blowers came forward saying how delayed care at the Phoenix VA hospital resulted in patient deaths for veterans. One VA employee, Dr. Katherine Mitchell, claimed officials instructed staff to destroy secret lists that showed how long the delays were after the information became public. A congressional committee on Thursday issued a subpoena to VA Secretary Eric Shinseki and other top agency officials ordering them to turn over emails and written correspondence pertaining to the disappearance or destruction of secret files at the Phoenix VA hospital.

Ron Johnson: Hillary Knows She’s ‘Culpable’ for Benghazi Former Secretary of State Hillary Clinton is well aware of her culpability leading to the Benghazi attack, but still won’t come clean to the American people, says U.S. Sen. Ron Johnson. It was Johnson’s grilling of Clinton in January 2013, in which he hammered away at the State Department’s initial report that the attack was a reaction to an anti-Islam video — that prompted her infamous reply, “What difference at this point does it make?” “Some choose not to be honest with the American people … some choose not to provide all of the evidence when requested or subpoenaed by Congress so, the fact of the matter is we still don’t know the truth,” the Wisconsin Republican told “The Steve Malzberg Show” on Newsmax TV.

Why Hillary fears Monica Stirring memories of the politics of personal destruction could derail the Clinton ‘16 bandwagon Monica Lewinsky has returned, and it’s a good thing. She’s a smart, thoughtful woman who deserves to be able to take her life back from those who prefer she stay silent, and stay away. I’m sure there’s nothing more irritating to Hillary Clinton than those you use and abandon who actually survive and return, determined to tell their story. Ms. Lewinsky has re-emerged with an essay she’s written for Vanity Fair, which appears in its June issue, but excerpts released on the Web are already causing Mrs. Clinton’s supporters to go ballistic.