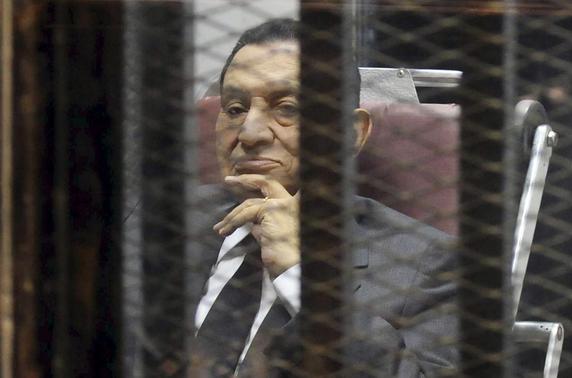 The verdict may please some Egyptians who lived through three decades of autocracy under Mubarak before a 2011 uprising toppled him. But business executives still loyal to him remain influential and rights groups say the abusive security practices of his era remain alive and well today with another former military man set to win a presidential election next week.

Russia today carried out a successful test-launch of an intercontinental ballistic missile, news agencies reported citing the defence ministry, amid a standoff between Moscow and the West over Ukraine.

Interfax and ITAR-TASS quoted the defence ministry as saying a successful test of the RS-12M Topol ICBM had been carried out from Russia’s Kapustin Yar rocket launch site near the Caspian Sea at 2238 IST (1708 GMT).

In a withering verdict on the actions of the Russian president in Ukraine, he told a woman who lost relatives in the Nazi Holocaust: ‘And now Putin is doing just about the same as Hitler.’

The prince’s extraordinary intervention is certain to cause international controversy.

The Donetsk People’s Republic is starting to smell.

Rotting garbage is piling up in the hallways of the government office building seized by separatists in eastern Ukraine. Telephones ripped from the walls are piled atop broken furniture and mounds of old files. The stench of sweat and stale cigarettes is everywhere. The guards, slouching men with pistols shoved in their pockets or flapping loosely in holsters, look increasingly bored.

It’s been six weeks since they took over the building, a week since they declared independence from Ukraine. But the authority of the alleged nation barely extends beyond their ten-story office tower and a few heavily armed checkpoints on roads leading into this industrial city 80 kilometers (50 miles) from the Russian border.